Prayer and giving to the poor! Bible Study Acts 10 Part 1

The first thing to say is that God speaks in visions, dreams and even through angels! Scripture shows us that He can speak so clearly like this. God is the same yesterday today and forever and so we can and must expect God to keep speaking like this in these days!

Cornelius was a upright respected man. He was a God fearing man and a man that prayed to God continually. He gave to the poor and was well spoken off!

So when ever I read of angelic visitations like this I ask myself what was the reason for it. How is that Cornelius was so blessed to Recieve this. I’m not saying there is a formula to see angels I’m just interested in the context at which they visited.

Cornelius is for us a good role model in how we must be pressing in to God and walking righteously in our lives.

a devout man who feared God with all his household, gave alms generously to the people, and prayed continually to God……..And they said, “Cornelius, a centurion, an upright and God-fearing man, who is well spoken of by the whole Jewish nation, was directed by a holy angel to send for you to come to his house and to hear what you have to say.” (Acts 10:2, 22 ESV)

So Cornelius encounters and Angel of The Lord. It’s so overwhelming he thinks is The Lord himself. It must have been terrifically terrifying as he tells us. Simply amazing.

1) The very first thing The angel does is affirms him and his dedication and commitment to prayer and giving to the poor. This indicates to me that we must be doing this first and foremost part of our culture and way of living before The Lord. God was pleased with these prayers and offerings and they had ascended to heaven as a memorial before God. This shows us that God hears our prayers and sees our generosity to the poor. The awesome thing here is that its memorial before the Lord he doesn’t forget It. Verse 4. So it’s clear that prayer and giving is a key to part of Gods supernatural workings.

2) The angel tells him to send for Peter and gives him explicit detail as to where he is. So God is precise when he speaks. It was the names and the location which would have been more then enough to find them! He really is exact and precise.

3) The important part now is that Cornelius obeys and actions this immediately. He doesn’t hang around. How often does God speak to us and we procrastinate and not action and do what he has told us?

So in this small Chunk of Scripture there is so much we can take from it.

How can we be upright men and women of God in this day and age much like Cornelius?

Who is with me in committing daily to prayer and providing for the poor? 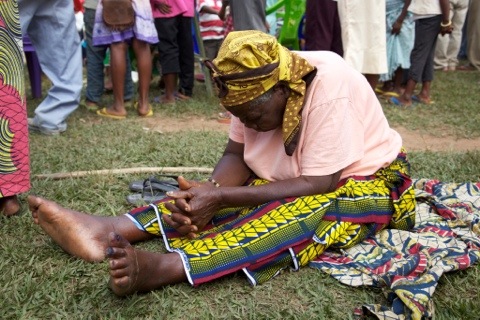