Horizon: The President’s Guide to Science: Christian Review against Dawkins

By admin | Beliefs, Christianity | No Comments

Tonight i watched an incredibly well made documentary on BBC on channel 2 at 9 pm. It was very well shot and the cinematography was outstanding… Please read down and on for my point of view on the content and message. 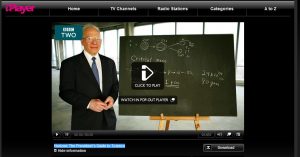 and an interesting way of using screens to show parts of the documentary. 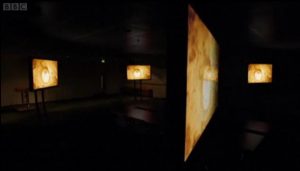 I Have only just got back from  and i don’t actually watch much tele?? i know its strange but seems i just don’t as not much of it meets my fancy but this definitely did. It was so nice to watch and see all the uses of clever camera work and shots to make it look so professional and sleek. Below is one of my favorite shots. 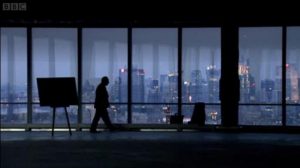 The use of blur pull focus and depth of field was excellent and just choosing some great stock footage was also important to the way this moved along.

I didn’t start taking in what was actually being said until they started going into the biology part of this argument and i was shocked to hear what i heard. It was from a particularly biased view point and this was the evolutionist one. I would like to say that I am no scientist and that i don’t know half as much as these clever guys but i do know  one thing and that is that God does exists and that he created this world that we live in as you read this.

I found it very interesting that Evolution was presented by Richard Dawkins as a fact and that, I quote, ” In order not to believe in Evolutions you must be either Ignorant, Stupid or Insane” These are very strong words and rather insulting really as though i don’t have a clear line on this i do know that we were created in the Image of God and that means that we did not derive from shell fish.

Earlier in the Documentary he says that “evolution is the only way to explain the illusion of design that we se in the living world” to me this is completely wrong as he is obviously acknowlaging that ther is design but stating that it is an illusion. This seems to contradictory as he would obviously argue against the fact that there is Intelligent design.

What ever the process i believe that we have a creator and that God has intelligently designed every single one of us and that this world surely can have just come about due to chance and that we cant have just morphed into what we are as incredible beings purely out of what is virtually nothing, single cell organisms.

The other really astonishing statement is that he dismisses that every soul is unique and just fluffs away that idea by saying that because something doesn’t suffer it is ok to kill an unborn baby that could grow up to be the next president of the United States. This is a terrible things as if you based life on this fact then it would mean it would be ok to shoot someone in the head with a sniper. Surely that’s ok as the person would not have suffered as they have not know its pretty instant a shot to the head. Surely not?? 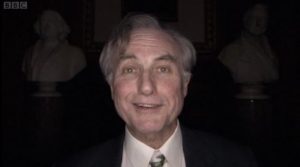 Also i think that it is very sad that he is ruling out God by saying that the day Darwin brought out the book on the origin of species 150 years ago on a Thursday… does this mean he existed before that??

You can find the video at this link

I am no obscuratist but i do feel that things need to be addressed as people are being fed one point of view and not the other side of the argument and the truth is that we are are loved and created by God and that he did send his son Jesus Christ to Die on the Cross for us.

Please do let me know what you think and what your thoughts are on the matters above christian or non christian.